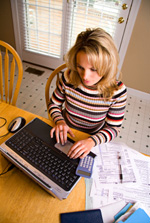 If you’re struggling with debt, get unbiased advice from the CCCS, Citizens Advice or National Debtline

Nobody wants to pay for things they don’t need. This applies to financial products just as much as home, technology and kitchen gadgets.

Everyday this week, we’ll be analysing the products which we believe offer bad value for consumers, starting with mobile phone insurance, card protection, packaged accounts and, today, debt management companies. This is why we’ve launched a new campaign to ensure that consumers are protected from poor products in the future.

The firms sell themselves as a last resort rescue option. The fees these firms charge typically equate to around 17% of a customer’s monthly repayments. When we spot-checked the debt management market, we found that several companies are also charging initial fees, equivalent to around two months’ worth of repayments. We are also concerned that some companies are offering high commission payments to other companies for receiving referrals.

There are several impartial and independent debt advice organisations run by charities that provide the same assistance free of charge. Two of the main ones are the Consumer Credit Counselling Service (CCCS) and National Debtline.

In recent years, fee-charging debt management companies have argued that they’re able to deal with consumer debt problems more quickly than these free services. They maintain that the CCCS and others are swamped with requests, and therefore have long waiting times.

But when we spoke to the CCCS and National Debtline, we found no evidence to support this. In fact, the CCCS confirmed that it was in no way overstretched and that it actually had extra capacity in place to meet a future increase in demand for its services. These free-to-use organisations also provide extra, non-profitable services that fee-charging firms typically don’t. These include debt relief orders, welfare benefits advice, help with bankruptcy and repossession counselling.

The Which? verdict on debt management companies

The Office of Fair Trading is responsible for regulating the debt management industry. In the last couple of years, it has taken steps to bring some of the worst practices under control. Following a review in September 2010, the OFT issued warnings to 129 debt management firms; 53 of them have since left the market. Which? welcomes the action taken so far, but we think debt management companies should be banned from front-loading fees and from paying referral commission.

We believe that the financial regulator should be responsible for putting a stop to poor-quality financial products, which is why we’re launching our new ‘Watchdog not Lapdog’ campaign.

At the start of next year, the main current regulator, the Financial Services Authority (FSA), will split into two new authorities:

We want to ensure that the FCA puts consumer protection at the heart of everything it does – and make sure it becomes a watchdog that keeps the financial services industry in check, not a lapdog that panders to it.