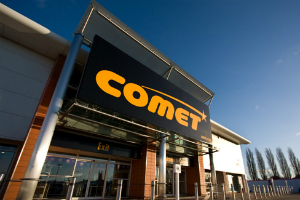 Microsoft claims that Comet has created 94,000 counterfeit copies of Windows Vista and XP recovery discs, and sold them to customers buying a new computer.

The global computing giant is suing the high street chain for counterfeiting and selling Microsoft products on a colossal scale.

Comet has been charged with producing the software in a factory in Hampshire before selling them to customers across the UK.

What are the alleged counterfeited discs, and what problems could they create?

Windows recovery discs are used to re-install your original computer operating system if your PC or laptop develops a fault.

Recovery discs are either sold with a new computer, or else users are encouraged to create their own discs when they first buy a new PC.

Potentially, if you were to restore your computer using a counterfeited recovery disc, you could encounter difficulties downloading and installing future software updates since Microsoft could recognise your operating system as being unlicensed.

94,000The number of counterfeit Windows discs Comet is alleged to have produced and sold

In response to the accusations from Microsoft, Comet has defended its position by suggesting it was in fact acting on behalf of its customers by creating and distributing the recovery software.

By supplying recovery discs, Comet claims that it was saving consumers from the difficulty of having to create their own recovery discs when none was supplied with a new computer.

According to a spokesperson for Comet:

“Comet firmly believes that it acted in the very best interests of its customers.  It believes its customers had been adversely affected by the decision to stop supplying recovery discs with each new Microsoft Operating System based computer.”

Comet’s claim that it was acting on behalf of customers is refuted by Microsoft. David Finn from Microsoft’s anti-piracy division insists that “Comet’s actions were unfair to customers. We expect better from retailers of Microsoft products — and customers deserve better, too.”

Comet says that it will defend its position vigorously.

Do you agree that Comet was acting in the best interests of its customers? Head to our Which? Conversation debate about Comet’s dispute with Microsoft.

How do I know if I am affected?

The alleged counterfeit CDs were sold by Comet as recovery discs for Windows XP and Windows Vista operating systems.

This means that if you’ve purchased a computer from Comet more recently that included Windows 7, then you will not have been affected.

However, if you have purchased an older laptop or desktop computer from Comet that came with an XP or Vista recovery disc, then there remains a possibility that your supplied recovery discs will not be recognised as legitimate by Microsoft.

Microsoft has provided a site recommending ways to determine if your products and software are genuine and not counterfeited.