Visitors to the London Olympics 2012 are in danger of being ripped-off as some souvenir shops are selling Olympics merchandise at hugely inflated prices.

When Which? visited 19 souvenir shops on London’s Oxford Street, researchers found Olympics merchandise on sale in 14 of them. Many items were being sold at higher prices than in John Lewis – the official department store provider to London 2012. But one shop stood out more than most.

The ‘Color’ London souvenir shop in the Oxford Street Plaza was selling some of its Olympics merchandise at more than double the price it costs elsewhere – and claiming its prices were already ‘reduced’.

Which? deputy editor Amanda Diamond said: ‘Retailers are allowed to set their own prices and make a profit – but these findings make it essential for consumers to compare prices before buying any merchandise.’ 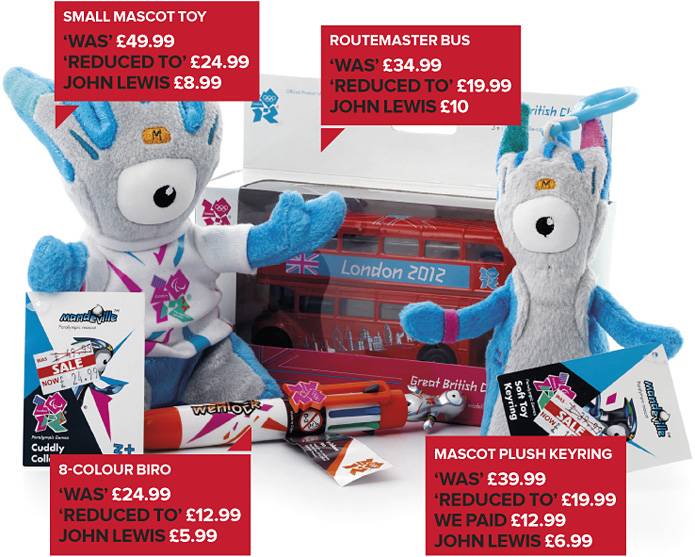 While Which? researchers browsed the store, one assistant said the shop had no control over the prices charged, that they are set by ‘the Olympics company policy’ and that if the shop didn’t charge such high prices it would get fined.

These statements are totally false and misleading. The London Organising Committee of the Olympic and Paralympic Games (LOCOG) said: ‘It is solely at the retailer’s discretion to set the retail price – we nor anyone else have control over pricing.’

‘No profit’ from Olympics souvenirs

Another Color assistant suggested that the shop doesn’t make any profit on the merchandise and said the products were so expensive ‘because they’re the official products. We don’t take any money. We just sell it… Whatever we take, they send it back to the Olympics’. This seems extremely unlikely.

When Which? shared the findings with Color the manager said that only management staff are able to comment on prices and said: ‘We review our prices on a regular basis and will regularize all prices on the 2012 merchandise by the beginning of 2012.’

Which? is reporting the findings to Trading Standards.

If you’re planning to buy Olympics souvenirs make sure you look out for the official hologram on items. If you spot a fake let Which? know at news@which.co.uk.