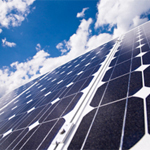 The government will today find out if it has won the right to appeal against a High Court ruling on its plans to cut the feed-in tariff for solar panels.

Last month, Friends of the Earth and solar companies Solarcentury and HomeSun took the government to court claiming plans to slash the amount of money paid to householders that produce electricity at home – through a scheme called the feed-in tariff (FIT) – weren’t given a fair consultation.

Our in-depth guide to the feed-in-tariff explains in more detail how the scheme works and how the proposed changes will impact solar panel installations.

Update, 20 January: the London’s Court of Appeal heard the Department for Energy and Climate change (DECC) on Friday 13 January. However, while it was expected that the decision as to whether DECC would be granted to right to appeal or not would be taken that same day, the decision will now not be made until next week at the earliest.

On 21 December, the High Court ruled that the government’s proposals were unlawful because the proposed date when eligibility for higher payment rates would end (12 December 2011) was before the end of the consultation (23 December 2011). Before the announcement it was believed that any changes in the rate of FIT would only apply on or after 1 April 2012.

Which? energy expert Sylvia Baron says: ‘If the government wins the appeal, the 12 December deadline may stand and DECC can proceed with its proposals. There is, however, still a possibility that the government decides to make some changes to the proposals.

‘If the government loses the appeal, the 12 December date probably won’t stand. DECC may have to change the deadline to a later date, or it might be required to re-consult.

‘At the moment consumers and the industry are left in limbo…’

Should FIT be cut?

In October 2011 the government proposed a reduction in FIT payments from April 2012 – from 43.3p per kilowatt-hour to 21p – for new installations registered after 12 December. These changes mean solar panels might not be such a good financial investment.

Here at Which? we agree with the need to cut costs to ensure that the future impact of FIT on consumers’ energy bills – through which the scheme is funded – isn’t too too great. We are, however, concerned about customers who have signed contracts with solar companies before the proposals were announced but didn’t get their system installed before 12 December. This means they would lose out the higher FIT rate.