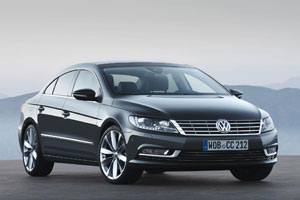 The new Volkswagen CC is priced from £24,200, up £1,030 on the entry-level price of the model it replaces, the Passat CC. On sale now, customer deliveries for the new four-door CC begin in April 2012.

Pricing for GT models begins at £28,285, while diesel variants start from £25,345 and come equipped with a six-speed manual transmission and VW’s efficiency-focused Bluemotion technology. DSG transmissions are also available with all engines. 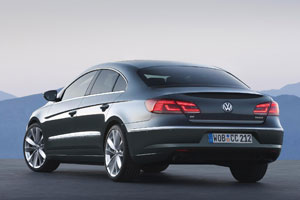 ‘Passat’ badging is dropped in attempt to boost appeal

The new CC competes in the luxury four-door coupé sector, offering a similar style of motoring to the Audi A7 Sportback and the Mercedes-Benz CLS, but at a lower cost.

As such, the CC blends the practicality of a four-door saloon with the aesthetics of a more sporting coupé. The new version is essentially an updated version of the outgoing Passat CC, which now drops the ‘Passat’ badge in an attempt to attract more buyers. It features the German manufacturer’s latest design language, particularly in the radiator grille area.

Although the CC significantly undercuts its more prestigious German rivals on price – it’s nearly £10,000 and £16,500 cheaper than the entry-level A7 and CLS respectively – it does not offer the same level of performance or image.

It will be eagerly awaited by owners of the existing Passat CC, who gave it an extremely high 96% approval rating in the latest 2011 Which? Car Survey. 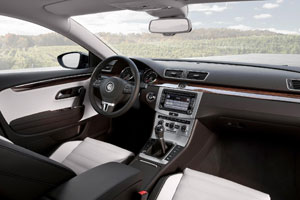 The range of engines at launch will comprise VW’s 1.8-litre TSI and 2.0-litre TSI petrol units, plus a 2.0-litre TDI turbodiesel. The latter comes in 138bhp and168bhp versions, returning fuel economy and emission of 60.1 and 57.6mpg and 125 and 129g/km CO2 respectively.

The new Volkswagen Passat CC is on sale now, with customer deliveries beginning on 16 April.