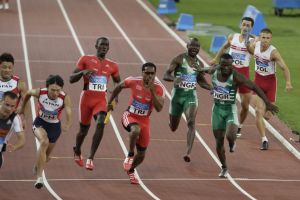 The majority of people still don’t know or understand how the ticket process for London 2012 will work.

A Which? survey has found there is still some confusion about the Olympic ticket resale process.

The process for selling any unwanted Olympic tickets opens today through the official Olympics website, and runs until 6pm on 3 February 2012.

Which? has found that 15% of those who are planning on buying or selling tickets don’t understand the process while 41% have only a slight understanding of it.

Find out more about how to sell unwanted tickets in our guide to the Olympic ticketing process.

The Which? survey shows more people are likely to try and buy tickets than sell them in the January and February 2012 round of ticket reselling.

Unsurprisingly, the survey showed Londoners are most likely to try and buy or sell tickets.

One in five of those living in Greater London said they’d be likely to buy tickets. Only 2% of people in Scotland and Wales said they would be likely to do so.

Six in 10 of those surveyed who are planning to buy tickets do not expect to be successful.

Over four in 10 (43%) said they would be picky about which events they’ll be trying to buy for. However over one in 10 (13%) said they just want tickets and don’t mind what events they are for.