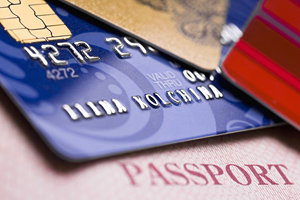 People who develop new medical conditions after buying travel insurance are being let down by insurers’ get-out clauses, says Which Travel?.

Nearly a third of people who told their travel insurer about a new medical condition that had developed after they took out a policy had to pay a higher premium or had their cover removed due to “ongoing medical warranties” in the policies.

Once customers have bought a policy, many travel insurers include what is known as ongoing medical warranties or change in risk clauses which can give them a ‘get out’ if they decide they no longer want to insure the customer  – even if the medical advice is that they still can travel.

One Which? Travel member took out insurance for a trip to the USA with Staysure but three weeks before he was due to travel he was diagnosed with chronic lymphatic leukaemia.

His doctor told him he was fit to travel but when he informed Staysure he was told that, on top of his original £118.41 policy, he’d have to pay £925.63 or cancel his trip and make a claim.

Another member took out annual insurance with InsureandGo but was diagnosed with an early stage of skin cancer a couple of weeks before he was due to travel to Los Angeles.

His doctor also said he was fit to travel but InsureandGo said it would not cover him for the new condition, or for other conditions the policy had originally covered.

These cases are happening  even though the Financial Ombudsman Service (FOS) ruled  several years ago that it was generally not fair for insurers to refuse to cover new medical conditions that arose between the customer buying the policy and the start of the trip.

The FOS said it would only be reasonable for an insurer to do this if the new condition was such a big change that the risk being insured became completely different.

Which Travel? believes consumers should not be left in a position where their doctor says they are fit to travel but they face a choice of paying extra for the same policy, travelling with no insurance, or facing a last-minute attempt to find a replacement policy.

Not all insurance firms include ongoing medical warranties in their policies. Which? found policies with Axa Insurance, Freedom Travel Insurance and Miaonline.co.uk that did not.

In these policies, if a customer develops a new condition after buying the policy, the insurers advise them to check with their doctor if they are still fit to travel.

They put more emphasis on a customer’s individual circumstances rather than relying on an automatic scoring system for medical conditions used by many insurers.

Which? Travel surveyed 1,876 Which? Connect members online in August 2011. Of those with travel insurance (1,539), 16% told their insurer about a new condition after buying a policy.

Staysure said it “went out of its way to assist” in this case after the client notified it of additional risks, which were a significant change from the time the policy was originally taken out. It said it did offer to cover cancellation costs if the trip was cancelled and did offer to cover the new condition [for a cost].

The company added that it always tried to accommodate changes in circumstances, recognised the wishes of individuals with health issues to enjoy overseas travel, and covered 220 medical conditions for no extra premium.

Mapfre, which was the underwriter for the other case, said the change in fundamentally altered the risk presented, so argued it was reasonable to change the terms of insurance. It added that the medical screening system was based on “a wealth” of previous claims experience.

Which? guide to travel insurance

For travel advice, recommendations and inspiration, subscribe to Which? Travel