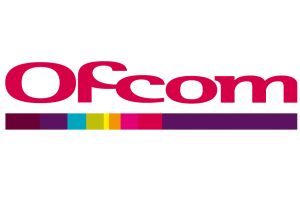 The research, released today, shows the average residential broadband speed in the UK to be 7.6Mpbs (November 2011) compared with 6.2Mbps over the same period a year earlier.

Ofcom puts the main reason for the increase down to consumers moving onto higher speed packages. More than half of UK residential broadband connections now have an advertised speed of above 10Mbps.

The research reports on average speeds for 13 broadband packages and finds that fibre and cable-based services still offer the fastest speeds. The highest average speed was unsurprisingly from the package offering the highest advertised speed included in the research – Virgin Media’s up to 50Mb customers got average download speeds of approximately 49Mbps

“It’s encouraging to see the average speed of the UK’s broadband increasing, but the impact of super fast services hides a continuing divide in the quality of service available to rural users as compared to urban ones. Only once this divide is narrowed or eliminated can the UK’s broadband expansion be considered a complete success. The solution to this may rest on so called ‘White Space’ technologies that exploit unused wireless spectrums, but Ofcom doesn’t expect such technologies to become available until 2013.”

Although its positive to see average broadband speeds are going up, there are still marked differences between the ‘up to’ speeds advertised by providers and what customers get in reality.

The Committee of Advertising Practice (CAP) and the Broadcast Committee of Advertising Practice (BCAP) reviewed the use of ‘up to’ speed claims used in broadband advertising and new guidance was published in September last year which providers must take into account from April 2012. Part of the guidance states that advertised speed claims should be achievable to at least 10% of the providers customers.

Which? and broadband advertising

“It’s simple – broadband advertising should not mislead customers about the speed or service they will get. Although the new guidance on ‘up to’ speeds is a step in the right direction, it still means that if just one in 10 customers get access to the top speeds advertised, that’s within the guidelines. I’d like to see the average speed range experienced by most customers to be clearly stated alongside the top 10% speed so customers are able to make an informed choice.”