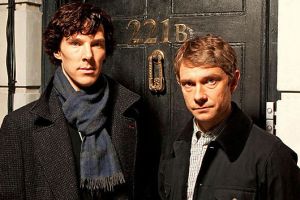 The BBC has announced plans to open a ‘digital shop’ for viewers to download copies of their favourite shows from its archives.

Dubbed ‘Project Barcelona’,  the service would allow the purchase of programmes to own for a ‘relatively modest’ fee. The proposals were announced last night by BBC director general Mark Thompson, at the Royal Television Society in London. The plans will go before the BBC Trust later this year.

The idea was equated by Mr Thompson to people buying a DVD of their favourite programme for a permanent collection. It says it would add more and more programmes from its archive to the service and claims many of the programmes would not have been available to own before.

The service would compete with Apple’s iTunes which currently offers BBC programmes and series such as the recent Sherlock and classics such as The Office.

How does Project Barcelona differ to iPlayer?

The BBC’s hugely successful catch-up service iPlayer already offers TV shows to watch on demand but they are only available for 30 days after they’ve been shown live. This new service would offer a broader selection of programmes from the BBC archives and would be available to own rather than just licensed for the current shorter period of time.

And, while the iPlayer service is free for watching catch-up TV, there will be a charge for downloading shows from the new BBC service if plans go ahead. There’s been no official word on pricing but reports online last week suggest prices at around £1.89 per show.