BMW has announced that all previous-generation 5 and 6 Series models are to be recalled after discovering an incorrectly mounted battery cable cover in a small number of cars. 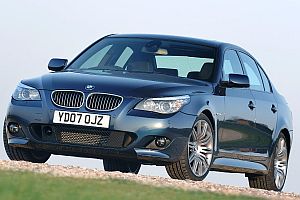 BMW is to recall 1.3 million 5 and 6 Series models worldwide

The recall, which arose from BMW’s internal research and testing, as well as direct customer feedback, affects 1.3 million vehicles worldwide, including 109,000 UK models. The cars are all 5 and 6 Series models produced between March 2003 and July 2010.

In a statement, BMW confirmed that the incorrectly mounted battery cable cover ‘can result in the electrical system malfunctioning, the vehicle failing to start and, in some cases, to charring or fire.’

However, it is understood that only nine incidents have been reported globally, none of which have resulted in accident or injury.

What if I own an affected model?

BMW will be notifying all owners of affected 5 and 6 Series models in writing. Recalled cars should be taken to a BMW Partner repair workshop where the necessary repair work will be carried out, at no cost to the owner. This should take no longer than 30 minutes.