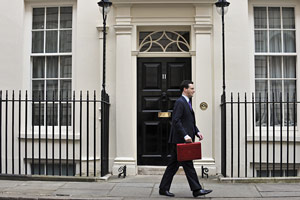 New Which? polling, conducted after yesterday’s 2012 Budget, has found that three quarters of consumers (73% per cent) expect little or no improvement in their household finances over the next 12 months.

One in three said the Budget leaves them less confident that they will be able to pay for day-to-day essentials, while two thirds say their confidence in the economy is unchanged or has worsened.

Key findings of Which? post-Budget polling

Support for rise in personal allowance

The new poll of 2,083 adults, conducted for Which? by polling organisation Populus, found strong support for a rise in the personal tax allowance (92%) and a new level of stamp duty of 7% for those buying properties worth more than £2 million (77%).

Which? executive director, Richard Lloyd said: ‘Our analysis makes grim reading with the majority of people feeling that things will either stay the same or continue to get worse both for the country and their family over the next year.

‘We know consumer confidence is already low, with many people struggling to make ends meet, putting off major purchases, cancelling holidays and spending their savings on everyday essentials, a trend that looks set to continue.

‘Based on what we are hearing from consumers, this is a Budget that is unlikely to get people spending anytime soon.’