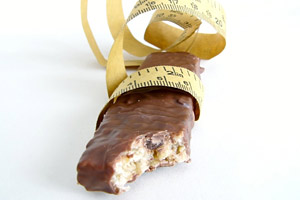 The government is failing to adequately tackle barriers to healthy eating, Which? has found.

On the first anniversary of the Public Health Responsibility Deal, Which? has assessed the Government’s approach to tackling barriers to healthy eating and has found it lacking.

Despite major food companies being asked to sign up to the Responsibility Deal and promising to displaying calorie information, reduce salt in foods and remove trans fats, there has not been enough action.

And a new Which? survey shows that although 91% of UK adults actively try to eat a healthy diet, 28% are not satisfied the government is doing enough to help them.

Given the scale of the diet-related health problem – which costs the National Health Service more than £5billion every year – Which? believes a radical change of approach is needed.

Looking at areas where more could be done, Which? has found that:

Speaking about the Responsibility Deal, Which? executive director, Richard Lloyd, said: ‘We have the worst obesity rates in Europe and diet-related diseases, like heart disease and stroke, are blighting the public’s health.

‘Our audit of progress made under the Government’s Responsibility Deal has shown the current approach is overly reliant on vague voluntary promises by the food industry. This has so far failed to bring about change on anything like the scale that’s needed.

‘The Government relies too much on voluntary deals with industry rather than showing real leadership. If food companies don’t agree to help people eat more healthily, then we must see legislation to force them to do so for the sake of the health of the nation.’

What Which? is calling for

Which? is calling on the Government in the next six months to:

Which? also wants to see responsibilities for nutrition and food labelling put back in the hands of the Food Standards Agency to ensure that policy is independent, open and joined up with other food issues.

For more on this: