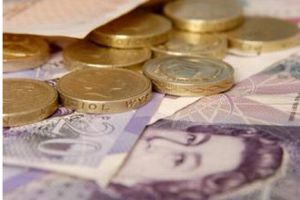 A review into the causes of ‘bill shock’ in the communications sector has found that mobile contract customers are the most likely to have suffered from unexpectedly high phone bills.

Ofcom has today set out plans to stop consumers being hit with unexpectedly high phone bills after finding that as many as 1.4 million mobile phone contract customers may have been affected by ‘bill shock’ in the past six months.

What leads to ‘bill shock’?

Ofcom’s review has found that there are three main causes of bill shock:

Ofcom plans to work with the mobile industry to address the main issues identified by the review. If these do not ‘sufficiently reduce consumer harm’ Ofcom may go further and consider putting mandatory rules in place to tackle the problem. It has also asked providers to do more to educate customers on how to avoid bill shock and make sure their tariffs and data charges are clear.

‘Ofcom’s report confirms what consumers have been telling us for years – that bill shock is a big problem with as many as 1.4 million mobile phone customers affected in the last six months alone.

‘We want clearer information for customers from the phone companies about what they charge for services in the UK and abroad, plus greater protection for consumers from hefty data charges.

‘Ofcom must stand by its promise to investigate data roaming measures in the UK if EU negotiations fail and we want to see more pressure put on UK operators to adopt data caps and spending alerts.’

Ofcom is supporting BEREC, the EU regulators group, in its proposals to extend the EU Roaming Regulation to the rest of the world. This would mean that all European customers would be protected by a cut-off of 50 Euros a month on their mobile internet bills.

This will not be decided until April 2012, so in the meantime Ofcom is encouraging UK mobile providers to introduce worldwide financial caps voluntarily. It has also written to the mobile providers asking them to do more to help customers control the amount they spend on their mobile phones. For example, allowing customers to set their own financial caps and offering tools to help monitor usage.

On the issue of lost or stolen phones, Ofcom has asked mobile providers to look into the possibility of setting a maximum liability limit. At the moment, customers who have their phones stolen could be faced with big bills if whoever has taken it racks up calls.