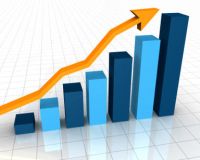 Which? wants the government to scrap the carbon floor price, a tax on energy firms, in 2012’s Budget, as it is believed to be an unnecessary burden on consumers at a time of rising electricity prices.

The carbon floor price is a tax aimed at providing certainty to energy companies that generating low-carbon electricity, like nuclear and wind, will make better long term investments than carbon-intensive methods like coal.

Which? believes that the carbon floor price will not guarantee investment in green generation and will simply result in increased energy costs for consumers.

Richard Lloyd, Which? executive director, says: ‘People are already struggling to manage their energy bills, so it’s unacceptable for the government to pile yet more pressure on household budgets.’

This unnecessary tax is estimated to add £278 million to household electricity bills in the first year, all at a time when energy prices are already climbing and people’s incomes are being squeezed.

The Institute for Public Policy Research (IPPR) has estimated that this will push a further 30,000 to 60,000 households into fuel poverty from 2013.

Mr Lloyd added: ‘It’s in all of our interests to tackle climate change, but the government cannot write a blank cheque on consumers’ behalf to pay for it.’

Which? is calling on the government to scrap the carbon floor price in the 2012 Budget, and focus on other policies that really will bring on investment in low-carbon generation.

Tim Yeo MP, Chairman of the Energy Select Committee, said the floor price could result in industry and electricity production relocating to other EU countries.

Mr Yeo said: ‘Unless the price of carbon is increased at an EU-wide level, taking action on our own will have no overall effect on emissions other than to out-source them.’