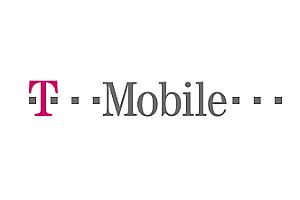 T-Mobile is to raise prices by 3.7% for existing customers from May.

T-Mobile has announced that it is raising the cost of its pay monthly plans for existing customers by 3.7% from May 9. The company claims that rising costs linked to inflation have caused the move.

A T-Mobile spokesperson told us: ‘The increase is a result of the rising costs of the business, linked to inflation, as well as our desire to continually invest in our network and propositions to provide the best service for our customers. Call, text and data rates will not be changing, and we are confident that we continue to offer our customers great value, rewarding deals, and the best network and service possible’.

Customers won’t be able to leave their contract early as T-Mobile’s terms and conditions allow it to increase charges up to the Retail Price Index (RPI) figure in any 12 month period (the RPI in February 2012 was 3.7%). Customers wishing to cancel their contracts are therefore like to face cancellation charges.

Between 28 March and 3 April 2012 all customers affected by the price increase will be contacted by letter with the full details. T-Mobile has also set up a web page giving further details of the changes.

Sister firm Orange, which like T-Mobile is part of the Everything Everywhere group, made a similar move late last year when it raised costs by 4.34%. Industry regulator Ofcom ruled it was within its rights to do so and Which? lawyers agreed that it was covered by the company’s terms and conditions.

However the move prompted hundreds of angry comments on Which? Conversation. And a poll of 1,190 Which? members in December 2011 revealed that 93% thought it was unfair for a company to increase the cost of their monthly phone deal after they’d signed a contract. And 54% were likely to consider leaving Orange when their contract expires.