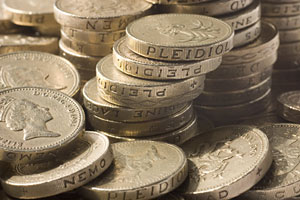 A new Which? investigation reveals that UK savers could be losing out on almost £13 billion in interest each year by failing to switch savings accounts, an increase of half a billion pounds since October 2010.

Our analysis found that 41% of the 1,800 savings accounts and cash Isas available to UK savers are paying a pathetic 0.5% a year or less.

Worse still, one in five savings accounts are paying 0.1% or less. That’s just £1 a year in interest for every £1,000 held in your account. Current rates of inflation mean that these accounts are actually losing value each day.

Which? chief executive, Peter Vicary-Smith, says: ‘Banks and building societies have got away with paying miserable interest on people’s hard-earned savings for too long. Our research has exposed just how widespread this practice is.

‘The message to savers is simple: if your money is in one of these low-interest accounts, you should switch now. It’s easy to do, using our free online tool to work out where you’ll get the best deal.’

Key findings of our savings and cash Isa research

In February 2012, Which? researchers compared Isas and standard savings accounts across the UK. We found:

To mark the 50th anniversary of this address, Which? is urging savers to switch to get a better deal and is calling on the government to ensure that the new financial regulator, the Financial Conduct Authority, is a watchdog not a lapdog. We want a strong regulator that stands up to the banks, making sure that they offer consumers competitive savings products.