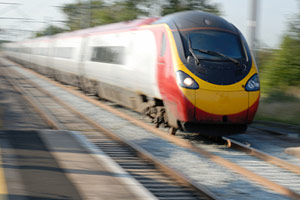 Virgin Trains has topped the table with a score of 64% in the first ever Which? survey of train companies.

For the first time, Which? has surveyed train passengers to find out what they think of the train companies they use.

The Which? survey paints a mixed picture of the service provided by train companies, with some passengers experiencing overcrowding, erratic punctuality and poor value for money.

But commuter carrier c2c bucked this trend and achieved the second highest-score overall, at 61%.

Which? asked passengers about key issues of train travel, including punctuality, cleanliness, room for passengers, catering and value for money.

Separately, Which? asked members of its Which? Connect panel what they thought of their train journeys between November 2011 and January 2012.

Which? received responses relating to 1,844 journeys.

Punctuality and cleanliness were vital for passengers to be content with their travel experience.

Beyond that, factors such as good staff or poor food could sway people to feeling more or less positive about their journey.

But the majority were left unmoved after their journey – 56% felt the same about their train company afterwards.

20% felt less positive than before they’d taken their journey. But almost as many – 18% – felt more positive.

One passenger commented that their first train journey for many years was ‘very easy and stress free.’

Tell Which? your views

Most train company contracts are up for renewal in the next two years.

Which? will be challenging the government and train companies to improve services and want the voice of the passenger to be taken into account.

Now is your chance to tell us – and the government – how you think train companies are doing and what changes you want to see.