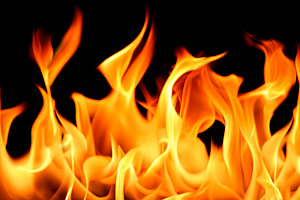 Faulty appliances cause thousands of fires

According to government figures, in 2010/11 almost 6,000 appliances or their electrical leads caught fire due to faults.

This number could be even higher. It’s estimated that 70% to 80% of fires, normally the smaller ones, are dealt with by homeowners themselves, rather than the fire brigade.

Which? submitted Freedom of Information (FOI) requests to all fire services in England to find out which kitchen appliances are catching fire, and 40 responded in total.

The data isn’t definitive, because makes and models aren’t always recorded and there are many appliances for which the cause of the fire is never identified – for instance because they are too badly burnt. In most cases there’s no absolute certainty, as the fire brigade can only give its opinion on the suspected cause.

But the data does reveal that the companies that hit the headlines could be the tip of the iceberg, and that the problems could be greater than they appear.

Which? members can read the full report about appliance fires online. If you’re not a Which? member you can sign up for a trial for £1.

Beko told us it is aware of 33 incidents caused by its fridge-freezers. But fire brigades have attributed 91 to Beko refrigeration appliances (including fridge-freezers) in the past two years.

We asked Beko whether it thought it was likely to be the same issue and it said:

‘Due to the ongoing and heavily advertised repair programme, we have seen a rise in the number of incidents linked to Beko. Based on the information we have for models produced post-2006, and government statistics, we believe that Beko refrigeration products are no more prone to incidents than those of any other manufacturers on sale. Safety is Beko’s highest priority. All our products are subject to rigorous independent testing to European standards.’

There appeared to be a disproportionate number of fires attributed to Hotpoint dishwashers that emerged from our research – even taking into account that this is a popular brand with a large share of the market.

Which? asked Hotpoint whether it was aware of any problems. It said: ‘We know of only a small number of cases with minor problems.’

Hotpoint also stated that it is always willing to cooperate with fire brigades and, where it has received reports from them via trading standards offices, it has responded. It says that it continually monitors the safety records of its appliances, and if becomes aware of any potential issues with a product, it takes immediate action to address the issue.