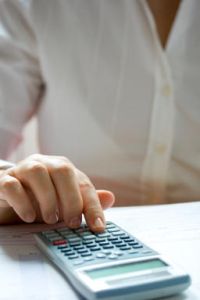 Barclays has been forced to set aside a further £300 million to redress payment protection insurance claims, taking the total provisions from banks over the £8 billion mark.

The additional £300 million takes Barclays’ own PPI provisions to £1.47 billion, having put aside more than £1 billion to compensate customers in 2011.

Barclays said it had observed a recent increase in PPI claim volumes and redress payments were now expected to exceed original expectations.

Total provisions are now up to £8.2 billion, making PPI three times larger than the endowment mortgage scandal although the level of compensation is still some way below the £11.7 billion paid out in the wake of pensions mis-selling.

The UK’s five biggest banks, Barclays, Lloyds Banking Group, HSBC, Santander and RBS have now set aside a total of £7 billion. That may rise further next week as RBS is also expected to increase its provision.

Barclays’ announcement follows the PPI Summit, hosted by Which? and MoneySavingExpert.com this week, where major banks, credit card providers, regulators and the Financial Ombudsman Service pledged to take action to make the PPI claim process easier. There is some £5 billion of mis-sold payment protection still available to be claimed.

The PPI Summit raised awareness of how easily consumers can reclaim mis-sold PPI for free without any need to use exploitative Claims Management Companies (CMCs).

All related parties agreed to standardise complaints procedures across financial services providers to make the process clearer and simpler for consumers and to work together to improve communication to explain why a CMC is unnecessary.

Which?, MoneySavingExpert.com, financial services providers and the regulators also agreed to write to the Government calling for tougher regulation of CMCs.

Which? executive director Richard Lloyd said: ‘It’s a scandal that too many CMCs have been ripping off consumers, who don’t realise that there are simple steps they can take to claim back their money themselves. We’re saying to people today – don’t get robbed twice.’

• Which? PPI  tool – use our free online tool to lodge your PPI mis-selling claim
• Complain to the ombudsman – when to escalate a financial complaint
• Which banks have the best customer satisfaction? – check out our recommended providers