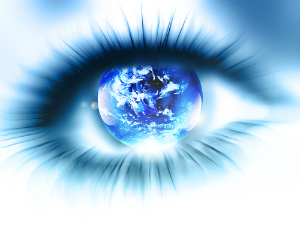 Controversial government proposals to monitor public use of internet services are to be delayed to allow sufficient time for MPs and civil rights groups to challenge the plans.

Deputy Prime Minister Nick Clegg has announced that the new bill will be put forward before parliamentary hearings in a draft form so that it can be properly examined and debated.

Initially, the proposed legislation was due to be announced during the next Queen’s Speech, but a backlash by civil rights groups and MPs has led to a pause for thorough examination of the data surveillance proposals.

What are the proposed data monitoring plans?

Currently, the police can, with official permission, access information about the sites you visit and your email activity and even email content if this information is held by a UK internet service provider such as BT.

The new legislation has the potential to give the government unprecedented access to monitoring the internet usage of UK citizens, including data stored on servers outside of the UK by the web giants used by millions every day. This includes:

The scale of these proposed plans raises immediate questions about safeguards for how so much personal data will be stored securely by the government, as well as how such a system will be funded.

In a departure from previous government powers to monitor an individual’s internet usage, the proposed laws would not require that a person be suspected of a serious crime before their web use was monitored, and no warrant from the Home Secretary would be required.

He said: ‘What’s important and essential is that we continue to have these discussions. I would never argue that these aren’t important powers for a government to have, but these are modern policy problems that need sophisticated public debate.’

Announcing the delays to the legislation, Mr Clegg said: ‘The security establishment will always say they need new powers tomorrow. It is the role of the politicians and parliament to make sure that requests for new powers, updated powers, made by the security services, are properly scrutinised and checked. That is the checks and balances in a democracy.’

The government’s proposed legislation comes at a time when internet users are left increasingly in the dark about their online privacy rights.

A lack of understanding about the complex legal language often used within privacy policies means that many users do not realise the implications of agreeing to use a web service when they sign up.

Privacy campaigners have challenged Google’s new privacy policy on the grounds that it may breach European data protection regulations, though research by Big Brother Watch found that nine in ten Google users had not read the new policy.