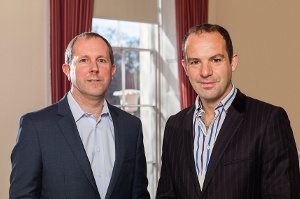 Which? and MoneySavingExpert.com have launched a joint campaign to increase awareness of how easy it is for consumers to reclaim mis-sold PPI for free.

On the day of a major summit to restore consumer trust in the process of reclaiming mis-sold PPI, MoneySavingExpert.com and Which? find people vulnerable to exploitation by unscrupulous claims management companies (CMCs).

New figures from Which? and MoneySavingExpert.com reveal that consumers are turning to CMCs because they don’t know how to claim back mis-sold payment protection insurance themselves for free.

In a survey of over 2,000 people, a quarter of people did not know that claims management companies take a fee  – usually 25% plus VAT, and only half of people (49%) knew that using a CMC would be no more successful than making the claim themselves.

These findings come ahead of today’s major PPI Summit with all the major banks and credit card providers, regulators and the Financial Ombudsman Service. The aim is to get all parties working together to help people get back the money they are owed and help to improve the PPI claims process.

A separate meeting with representatives of claims management companies will follow.

Which? executive director, Richard Lloyd, said: ‘This new research shows that many people don’t realise there are simple, easy to follow steps to reclaim their money for free and so they’re turning to claims management companies, too often unaware they charge a fee.

He added: ‘It’s encouraging that the banks are going to work with us to help put this situation right and help their consumers reclaim mis-sold PPI. It needs to be as easy as possible for people to get back their money. Many people have told us that free online claims forms, letter templates and helplines would help them to make a claim themselves, so we want to see action.’

Which? and MoneySavingExpert.com have launched a new campaign to increase awareness of how easy it is for consumers to reclaim mis-sold Payment Protection Insurance (PPI) for free.

MoneySavingExpert.com’s Martin Lewis said: ‘Sadly PPI has become a cash bonanza for unscrupulous claims companies, who through a series of lies and misdirection are persuading people they are the only option for getting their PPI money back. Even I’ve been texted to be told I’m owed £3,000 PPI – though I’ve never had the product.’

He added: ‘If people make a rational decision to give a huge 30% of what they’re due to a claims handling company in full knowledge they could do it themselves – I’ve no problem. Yet sadly very few are in that position. Many are persuaded under false pretences and the dire lack of regulation means it’s tough to tell legit firms from the rest.’

‘And worse, if things do go wrong with claims companies, it’s a nightmare to get any redress.  This is a billion pound plus industry – it’s too big to be left alone.’

One in ten (12%) of those surveyed were themselves, or knew someone, still waiting to get back their mis-sold PPI.

A huge 93% of those surveyed had seen or heard adverts about claiming back PPI, with 88% of people seeing television adverts. Which? executive director, Richard Lloyd, and MoneySavingExpert.com’s Martin Lewis are launching a radio advertising campaign to raise public awareness of this issue.

However, adverts aren’t the only tactic claims management companies use to target vulnerable consumers. 65% of people said they’d received phone calls from CMCs about PPI, 55% had received text messages, and 54% had received letters.

Survey respondents told us that free online claims forms, letter templates and help lines would encourage people to make a claim themselves.

Which? has long campaigned for redress on mis-sold PPI on credit products. If you think that you’ve been mis-sold PPI, you can use the free Which? online PPI claim tool to help you submit your claim. More than 17,000 of you have sent complaints via the tool since it was launched.