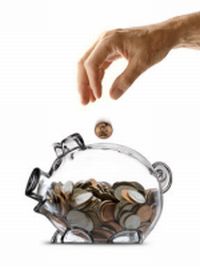 You don’t need to pay to reclaim mis-old PPI

Which? and MoneySavingExpert.com have joined forces, for the first time, to increase awareness of how easy it is for consumers to reclaim mis-sold Payment Protection Insurance (PPI) for free.

The intention is to tackle, head on, the unscrupulous claims management companies that exploit consumers wanting to claim back their money. There’s still more than £5bn in mis-sold PPI still to be claimed, so the stakes are huge.

In its partnership, Which? and MoneySavingExpert.com will:

This will include all the major banks and credit card providers as well as the financial regulator, which have all agreed to attend. The aim is to get all parties working together to help people get back the money that they’re owed and help restore trust in the PPI claims process.

A separate meeting will be arranged with representatives of claims management companies (CMCs).

This will raise public awareness that consumers can easily reclaim mis-sold PPI for free.

Millions of people have been mis-sold PPI, but up to one billion pounds have already gone to claims management companies. Many consumers don’t realise that there are simple, easy-to-follow steps to reclaim for free.

With an average payout of £2,750, and CMCs taking a fee of 25% plus VAT as standard, consumers could pay £825 for something that they could easily have done themselves.

Which? executive director Richard Lloyd said: ‘It’s encouraging that the banks are going to work with us to help put this situation right and help their consumers reclaim mis-sold PPI.

‘We want to see real action to make it as easy as possible for people to reclaim their money. And we need the government to speed up regulation of claims management companies.

‘It’s a scandal that too many CMCs have been ripping off consumers, who don’t realise that there are simple steps they can take to claim back their money themselves. We’re saying to people today – don’t get robbed twice.’

Critical time to act on PPI

MoneySavingExpert.com’s Martin Lewis said: ‘We’re at crisis point now. There’s over £5bn of PPI to be given out but, scarily, almost £2bn of that could end up in claims firms’ coffers, rather than people’s pockets and often all these firms do is send out similar template letters to the ones we give people for free.

‘Worse still, the huge cash generated means their adverts are everywhere. That’s why Which? and MoneySavingExpert.com, who together have helped thousands reclaim PPI for free, are teaming up to get a simple message out: you don’t need to pay to reclaim, you can do it yourself and keep all of your cash for free. In most cases, it’s easy.’