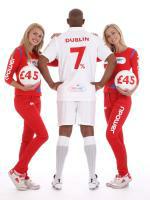 Signing up to an energy deal that offers shopping vouchers, free gifts or other ‘added extras’ could swell your gas and electricity bills by hundreds of pounds a year, according to the latest Which? Affordable Energy Campaign research.

Energy companies vying for your custom try to make their deals stand out from the crowd using freebies such as shopping vouchers or added extras like charity donations. While they seem tempting, our research shows you’ll often end up paying more than if you were to get the cheapest deal on the market and pay separately for the ‘extras’.

Below we round up some of the energy tariffs currently available that, although not the most expensive on the market, aren’t quite as good as they seem.

Even if you’ve avoided one of tariffs below, compare gas and electricity suppliers now to see if you’re on the cheapest deal you could be.

Npower’s Football 45 gives you up to £90 of vouchers to spend in any Football League club shop – but the gas and electricity tariff at the heart of this deal is Npower’s standard tariff which is £127 more than the cheapest tariff* currently on the market.

Which? says: if you want good value energy and new football kit, you’d be better off switching to a cheaper deal and buying the football merchandise separately.

SSE’s Oplan is a ‘green’ tariff that offsets CO2 emissions and costs £210 more than the cheapest deal on the market*.

Which? says: we calculate that to offset the same amount of CO2 using a carbon offsetting company would cost you about £20. By paying to offset your own carbon and choosing the cheapest tariff, you’d be £190 better off.

SSE iplan gives you a free energy monitor, but it’s £125 more a year than the cheapest tariff on the market.

Marks and Spencer vouchers – cost you £148

Which? says: get the cheapest deal on the market instead and you’ll have £148 to spend at Marks & Spencer, instead of £70.

See our table below for more examples of tariffs to avoid.

Older tariffs to switch away from

If you’ve been on the same deal with the same company for a long time, the chances are your tariff has grown less competitive as the market has changed.

During the last round of price rises (summer 2011) in particular, energy companies offered some very long term fixed tariffs apparently hoping to cash on from people’s panic.

Which? says: this deal fixed prices up to January 2015 but it is now £196 more expensive than the cheapest fixed deal (Fixed Energy July 2013) offered by Scottish Power. Scottish Power is now offering a newer fixed deal that also goes until 2015 (Help Beat Cancer Discounted Energy January 2015) and that’s £111 cheaper.

Which? says: this is another fixed tariff that launched last year – but those who signed up to it could be paying £135 more than the cheapest tariff* available today, for what is quite a short fixed period. Another fixed deal available today (Scottish Power Fixed Saver June 2013) is £48 cheaper and is fixed for a further five months.

Scottish Power’s Unifi (Capped November 2013 SC online) gives you a display unit and facilities (apps and a website) to check and control your electricity use.

Assumptions based on: Average annual cost for a dual fuel customer on a standard credit meter, using 16,500kWh of gas and 3,300 kWh of electricity per year. Paying by monthly direct debit and based In the East Midlands region. Prices have been rounded and are inclusive of VAT. Your regional price will vary from that shown.

* Cheapest deal quoted above refers to First Utility iSave dual fuel v10, which costs £1,004 per year at average consumption. Cheapest deal as of 14 May 2012.