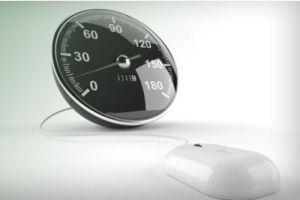 In a mystery shopping exercise, TalkTalk and BT Total Broadband were less likely than other providers to give an estimated speed with prompting from the caller. The research, undertaken by Ofcom, has highlighted areas where it says providers need to improve.

TalkTalk and BT are just two of the provider rated by their customers in Which?’s twice annual broadband survey. You can see how they compare to the competition in our broadband review.

What did Ofcom find?

In 59% of calls speed estimates were provided without any prompting. The providers most likely to give callers an estimated speed without prompting were Karoo, Sky and Plusnet.

But TalkTalk and BT Total Broadband were significantly less likely to do so. Ofcom has spoken to both providers who have agreed to amend staff training and sales processes.

Ofcom also said it will have ongoing discussions with broadband providers about how the information provided to customers over the phone can be improved. It will be reviewing the code itself over the next year to check it is still ‘appropriate for consumers’ needs’.

All broadband providers must comply with Ofcom’s Voluntary Code of Practice on Broadband Speeds. This aims to make sure consumers are made aware of the broadband speed they are likely to get on their line before signing up to the service.

In July 2011 the providers signed up to the code agreed to give a maximum speed range estimate as early as ‘practicable’ in the sales process. In order to test this Ofcom made 1,369 mystery shops online and over the phone in December 2011 and January 2012 to see if this was happening.