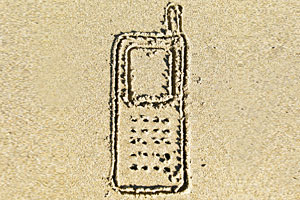 Following a vote today in the European Parliament, EU Roaming charges are set to plummet as part of a move to bring international calls in line with domestic charges by 2015.

EU caps were introduced five years ago when the European Commission identified a ‘roaming rip-off’: network providers reportedly made profits of over 200% on calls made in the EU and 300-400% on calls received.

If you need advice on how to avoid coming home to a big mobile phone bill, have a look at our guide to using mobile phones abroad.

As a result of the proposal, the costs of phone calls and SMS messages in the EU will drop for three consecutive years, with the first cut coming into force 1 July 2012.

As well as capping call and text charges, the first retail cap on data charges will also come into force at the same time after 578 to 10 MEPs voted in favour of the ‘roaming regulation’.

Earlier this year Neelie Kroes, EU Commissioner for the Digital Agenda, expressed concern that network providers were blocking competition by charging at the top end of the current charge cap, which is due to expire on 30 June 2012.

Today, Ms Kroes commented: ‘This proposal tackles the root cause of the problem – the lack of competition on roaming markets – by giving customers more choice and by giving alternative operators easier access to the roaming market. It would also immediately bring down prices for data roaming, where operators currently enjoy outrageous profit margins.’

A memo from Brussels today announced: ‘Overall, the improved EU roaming regulation – taking into account calls, SMS and data – will deliver consumers savings of 75% across a range of mobile roaming services, compared to 2007 prices. This year Europeans will spend around €5 billion on roaming services, a saving of around €15 billion compared to what the same services would have cost under 2007 prices.’