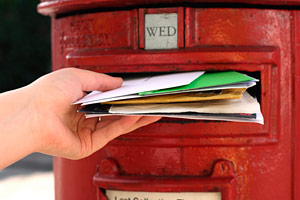 The London postal service is likely to be delayed during the Olympics and Parcelforce will charge more to deliver to busy areas, Royal Mail warned today.

Road congestion and restrictions in certain areas of the capital will interrupt the delivery of London’s post during the Olympics.

Mail sent to postcodes E, EC, N, NW, SE, SW, W and WC is likely to be affected, and some deliveries could be delayed by 24 hours.

Parcelforce Worldwide, Royal Mail’s courier business, will apply a £1 charge to the cost of deliveries to these postcodes. It says that applying the charge is an effort to recoup logistical costs, which include employing extra staff and hiring additional vehicles.

If you’re planning a trip to the Olympics, make sure you know which credit cards you can use at the Olympics and if your considering buying or selling tickets, read our guide to Olympics tickets first.

Delays are likely due to the extra time it will take for post to be delivered and collected in areas that will see traffic restrictions in place during the Olympics.

Postmen and women will start their rounds earlier in a bid to minimise the impact.

Royal Mail’s Olympic director Mark Thomson said: ‘We will continue to collect and deliver six days a week, despite the inevitable impact on the capital’s transport system because of the Games.’

If you live in central London, try and post items as early in the day as you can. If you’re mailing to one of the affected postcodes listed above, aim to post items a day in advance.

Unless you’re prepared to swallow the additional £1 Parcelforce charge, try and avoid sending parcels to these postcodes during the Games.

It will apply during the Olympic Games (27 July to 12 August) and the Paralympic Games (29 August to 9 September) and will replace the 50p charge usually levied as a London Congestion Charge.