Samsung has launched its answer to the iPhone and rival Android smartphones, the Samsung Galaxy S3. The new phone, which runs the latest version of Android, will go on sale in the UK on 30 May.

You can read our first impressions of the phone from the launch event in our Samsung Galaxy S3 first look review. 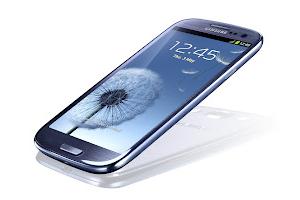 The Galaxy S3, which succeeds the Galaxy S2, matches rivals like the HTC One X in having a quad-core processor while the iPhone 4S has just a dual-core processor. Extra cores typically mean faster performance, a claim we will be putting to the test in our labs when the phone goes on sale.

But, according to Samsung, processor power is just small part of the story. As Andy Griffiths, managing director of Samsung UK and Ireland said: ‘The device has been created by keeping in mind our daily needs and capabilities as human beings. [It’s] packed with smart features that enable it to understand and respond to our actions providing the most seamless, natural and human-centric mobile experience.’

Other features include an 8Mp camera, a 4.8-inch screen and a choice of colours, white and blue.

To see what the phone is up against you can read our guide to the best Samsung Galaxy S3 alternatives.

What is a human-centric experience?

In a nutshell, the Galaxy S3 has a number of features Samsung claims make it smarter and more adaptable. For example, a feature called ‘Smart stay’ uses the front-facing camera to detect when you’re using the device, ensuring the screen doesn’t dim when reading a book, for example.

‘S Voice’, meanwhile, is an enhanced voice recognition system – similar to Apple’s Siri – that makes it easier to give the phone commands using just your voice. For example, when your alarm goes off you can snooze it simple by saying ‘snooze’.