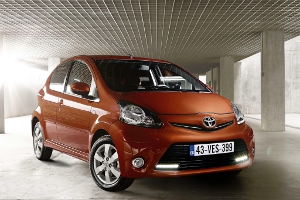 This story has been updated after Toyota responded to Which?’s concerns

Which? is advising buyers to steer clear of the Aygo, after Toyota deleted the electronic stability control (ESC) option on its facelifted 2012 Aygo range.

Because the Aygo’s main city car rivals can now be bought for less money, even with this important safety feature fitted, Which? Car has downgraded the Aygo to Don’t Buy status.

No versions of the latest facelifted Aygo can be fitted with ESC, even as an option. In addition, the entry-level Aygo cannot now be ordered with side airbags either. In contrast, both side airbags and ESC were available on the pre-facelift Aygo.

The Aygo’s near-identical sister models, the Citroen C1 and Peugeot 107, both remain available with ESC as an option.

Why is ESC important?

ESC is a vital safety aid that uses sensors to detect if the car’s wheels are starting to skid. ESC will then intervene to brake individual wheels and bring the car back into line.

Department for Transport statistics show that cars fitted with ESC have 25% fewer accidents than those not fitted with it.

Which? thinks it’s especially important for city cars to have stability control fitted, as our independent obstacle avoidance tests show that short-wheelbase cars such as the Aygo are prone to instability in emergency manoeuvres. 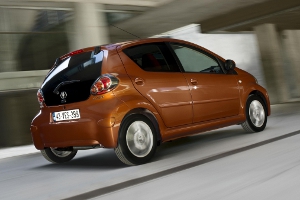 Cheaper rivals can be ordered with ESC

When we tested an ESC-equipped Aygo in 2007, we found that it performed outstandingly well in our obstacle avoidance test. The ESC effectively mitigated any tendency to skid or overturn, and the car remained controllable throughout the test.

However, without ESC fitted, we rated the Aygo’s stability as ‘inadequate’. Attempting to avoid an obstacle at around 43mph, the Aygo started to skid almost straight away, making it almost inevitable that the driver would lose control of the car.

Aygo rivals are safer and cheaper

Richard Seymour of Toyota told Which? ‘The take-up of ESC among customers was so tiny that we decided it was not worthwhile keeping ESC on the options list. There were cost implications and complexity issues on the production line, and we want to keep our cars as competitive on price as possible.’

Richard Headland of Which? Car comments: ‘Which? believes that all new cars should have ESC fitted as standard. We urge Toyota to change its mind about ESC availability on its latest Aygo, and to fit it as standard. At a time when legislation has moved to make ESC standard-fit for all brand-new cars, Toyota’s retrograde action looks pretty cynical.

‘Until Toyota offers ESC for the Aygo, it will remain a Which? Don’t Buy – especially when rivals can be bought for less with ESC and side airbags fitted.’

Second-hand Aygo buyers are advised to look for a pre-facelift model fitted with ESC.