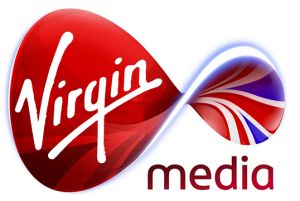 The Advertising Standards Authority (ASA) has concluded the headline prices quoted by Virgin Media in a series of ads were misleading.

The ads, which ran in February 2012, quoted headline prices that were only available to customers that also took Virgin phone line rental for an additional £13.90 a month.

Virgin Media is one of 16 broadband providers reviewed as part Which?’s twice annual broadband survey. You can see how it compares to the competition on our broadband review pages.

The ASA investigated the ads after receiving 18 complaints challenging whether they were misleading because the cost of the Virgin phone line was compulsory, but was not included in the headline price.

The complaints related to three separate ads – a press ad offering four bundles, a circular, and a TV ad featuring the runner Usain Bolt. In the press ad, for example, prices for four bundles are quoted but text below stated ‘All prices are when you take a Virgin Phone line for £13.90 a month’.

Why was the complaint upheld?

The ASA considered the Virgin phone line rental to be a ‘non-optional monthly charge’. This is because the bundles advertised required the phone line to be rented directly from Virgin – it was not possible to use a phone line for another provider.

Virgin told the ASA it received advice from the Committee of Advertising Practice (CAP) – the body that regulates all non-broadcast advertising – on the positioning of the requirement for customers to pay line rental. In the case of the press ad, it said it considered it ‘in line with the advice received’, and included information setting out the requirement to take line rental, and that the price was in the body copy and not in a footnote.

It also said it believed that the extent of the commitment a consumer must make to obtain the advertised price was made clear. And that this was in line with standard industry practice.