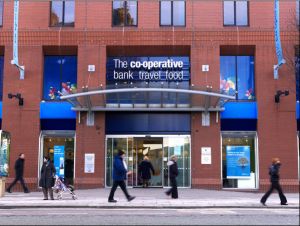 Responding to the announcement, Which? executive director Richard Lloyd said: ‘This is a welcome first step to bringing more competition to the high street which is vital for improving the quality and range of banking services available to consumers.

‘But if banking is to be truly competitive, portable account numbers need to be introduced to make it as easy to switch your bank as it is to switch your mobile phone.

‘It’s important to also remember that this sale was forced on Lloyds by the European Commission. It doesn’t remove the need for a referral to the Competition Commission, which should be done now to break the dominance of the big banks that so often fail to put consumers first.’

What does the Co-op deal with Lloyds Banking Group include?

In summary, the deal between the Co-operative Group and Lloyds Banking Group includes:

As a result of the purchase, Co-operative Banking Group will have:

What are the details of the Co-op deal with Lloyds?

The Co-operative will pay LBG an initial £350m, with a further £400m (in today’s terms) between completion and 2027, subject to the bank meeting certain criteria. The two banking groups are now drawing up the relevant documentation and expect to complete the deal by the end of November 2013, subject to regulatory approval.

Co-operative Group chief executive Peter Marks, said: ‘We’re delighted to be announcing that we have reached agreement in principle with Lloyds Banking Group on the terms of this important and transformational transaction. This deal would deliver the biggest shake-up in high street banking in a generation. Consequently, we believe this would be a great deal for customers, for the public, for UK banking generally and, for the Co-operative Group in particular.’