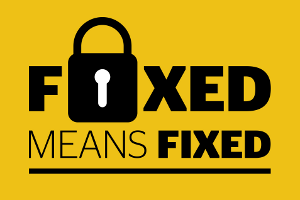 Which? has launched a new ‘Fixed Means Fixed’ campaign calling for an end to price increases on ‘fixed’ mobile phone contracts.

Today Three Mobile becomes the latest mobile provider to increase its prices for existing customers on ‘fixed’ contracts. Prices will go up by 3.6%, affecting over one million customers.

A Which? investigation found that 70% of people on fixed mobile contracts did not know that mobile phone companies could increase prices during the length of their contract. This confusion has led to more than 1,700 comments on our community website Which? Conversation made by those affected by these prices rises.

We estimate that with around 10.5 million adults affected by these price rises so far, consumers have already spent nearly £34.5m extra on phone contracts. Over 12 months this could make up to £90m for mobile phone companies.

Which? executive director, Richard Lloyd, said: ‘These hidden price rises mean millions of people are forced to pay more than they expected at a time when household budgets are already squeezed. They are then trapped in a contract, unable to switch to a cheaper provider without paying a hefty penalty.’

We have submitted a formal complaint to Ofcom, asking the regulator to urgently investigate this issue and rule that ‘fixed means fixed’. Mr Lloyd said: ‘Ofcom must intervene now and stamp this out. Consumers must be confident that fixed really does mean fixed.’

In the past year Vodafone, T-Mobile, Orange and Three Mobile, have hit consumers with a series of price rises, all on fixed contracts. People who had signed one or two year deals expecting to pay a set amount each month were suddenly told they’d have to pay more.

In each case consumers have been unable to cancel their contracts without paying a penalty due to hidden clauses in the small print.

We want the price and all other aspects of fixed deals to remain the same for the contract period when consumers are also tied in. If there is a chance that prices may rise, operators must be more upfront about this in their advertising and allow people to switch providers without penalty.