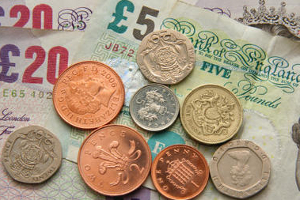 MPs have approved the government’s flagship Green Deal, which is expected to offer average loan rates of 7.5% to those who wish to improve the energy efficiency of their homes.

However, Which? is still concerned that the deal will not deliver on its aim of getting more UK consumers to take up energy efficiency measures.

Which? executive director Richard Lloyd said: ‘Our recent consumer research, and, in our view, the Department of Energy and Climate Change’s own consumer research, suggest that it will be a challenge to make the Green Deal a compelling proposition for consumers.

‘An interest rate of 7.5% could prove to be an major additional barrier to uptake of the scheme.’

The government expects that the loans will be offered at an average rate of 7.5%. A Department of Energy and Climate Change (DECC) spokesperson said: ‘This compares very well for those on the lowest incomes that often have poor credit ratings and can often only access loans at high, punitive rates.’

However, for those with a good credit score, there could well be more cost-effective finance options out there. The current cheapest £10,000 loans are available at rates starting from 6%.

What’s more, Which? is concerned that some Green Deal loans – which will be exempt from the Consumer Credit Act if they run for 15 years or more – could be subject to huge early repayment fees.

In May 2012 Which? issued the government with five challenges to improve the Green Deal. These included offering a tailored savings assessment to help the loans meet the government’s ‘golden rule’ – the rule that consumers will not pay back more each month than they save on their bills.

Which? also called for stricter rules to prevent mis-selling during Green Deal assessments, as well as a standardised format for Green Deal quotes so that they are easy for consumers to compare.

The Green Deal legislation received approval in Parliament without the government making changes to meet any of these Green Deal challenges.