Mazda is upgrading its MX-5 sports car to improve the vehicle’s driving dynamics, styling and safety. 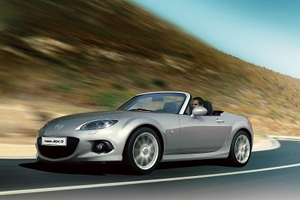 The new version of the two-seater Soft Top and Roadster Coupé model goes on sale in the UK later this year.

The new MX-5 will sport a more aggressive front bumper to update the car’s looks, as well as improve aerodynamics and efficiency. The revised sports car will also feature an upgraded interior with new designs for the door cards and seats, as well as an updated steering wheel. 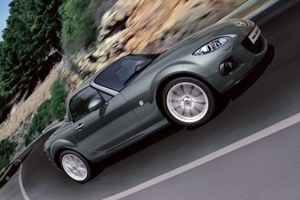 Under the skin Mazda has revised the MX-5’s throttle and brake systems to deliver better response and performance.

The accelerator pedal has been modified on cars equipped with the manual gearbox to give a more linear feel under acceleration, while the vehicle’s brakes have been adjusted for better control when slowing down and when coming off the brakes.

The new MX-5 will be available in Soft Top and Roadster Coupé specification, with the car’s existing 123bhp 1.8-litre and 158bhp 2.0-litre petrol engines. Mazda has not yet confirmed if performance and efficiency will be altered by the upgrades.

The Japanese will introduce its new ‘active bonnet’ on the revised MX-5 – a system that automatically raises the rear of the engine cover in a collision with a pedestrian to cushion the impact. The void under the bonnet allows energy to be absorbed to soften the blow. It’s a design many manufacturers are starting to incorporate, especially as Euro NCAP has stricter rules for pedestrian safety in changes for 2012.