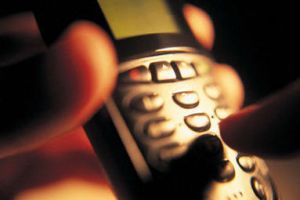 Phone and privacy watchdogs must act to stop the tide of nuisance sales calls and spam texts that has prompted a recent flurry of complaints, say consumer bodies including Which?.

Which? has joined with groups such as Citizens Advice and Consumer Focus to ask the telecoms regulator Ofcom, the Information Commissioner, and the body which runs the Telephone Preference Service (TPS), to step up efforts to stop unsolicited sales calls and texts, such as those from certain companies inviting you to claim for mis-sold payment protection insurance.

The TPS says it ‘gives you the opportunity to select who contacts you by telephone. Once registration is complete telemarketers are legally bound not to call you.’ But it seems that the service is being widely disregarded and that customer complaints are having little or no effect. The issue is the subject of a BBC Panorama programme to be shown at 8.30pm today.

There also appears to be a growing volume of unwanted text messages, though these are currently outside the responsibility of the TPS, and are handled by the Information Commissioner’s Office (ICO).

The consumer groups have told all three bodies responsible for protecting consumers that complaints procedures are unclear. In cases where people can’t identify the company calling them or a phone number, it is virtually impossible to complain anyway.

Christopher Graham, the Information Commissioner, has told Which? that he has the power to fine organisations sending unsolicited text messages up to £500,000. But this would be done only where there’s a serious breach of the rules on sending spam texts.

Mr Graham says: ‘We are working with Ofcom, the TPS and others to produce one source of information which outlines the responsibilities of all the relevant parties’.

Consumers talk back on unwanted calls

A post on this issue on Which? Conversation has seen an influx of comments from concerned consumers. Several say they’ve noticed a recent increase in these calls, despite being registered with the TPS:

Margo says: ‘My elderly mother and I have both been registered with the TPS for years. Like others here, I thought that our membership had lapsed because of the increased number of unsolicited calls, but no – we’re still registered!’.

dlorde says: ‘I’m registered with TPS and still get several unsolicited calls a week, especially for PPI mis-selling, but also for [set-top] box and computer maintenance, insurance, or repair, and various ‘marketing’ and consumer ‘survey’ calls, all basically selling services or products. I have made many reports to TPS, who say they can’t handle complaints about marketing or surveys.

‘These companies have learned that by simply claiming to be surveys or marketing questions, they can evade TPS controls. Several callers have actually admitted to me that this is how they work around the legislation.’