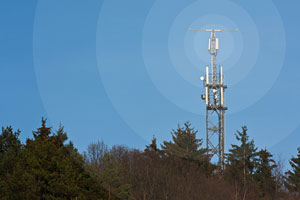 Telecoms regulator Ofcom has given the green light for Everything Everywhere to use its existing bandwidth to launch 4G services in the UK. The move means that the company will be able to offer much speedier access to the internet over mobile phones from September.

The regulator concluded that granting permission for Everything Everywhere, owner of the Orange and T-Mobile networks, to re-use its large amount of spectrum in the 1800 band would deliver ‘significant benefits’ to consumers.

4G is the next-generation of mobile network – it’s five to seven times faster than 3G networks and will deliver home broadband level speeds (between 5Mbps and 20Mbps or more) to mobile phones, though those wanting to take advantage will have to buy a new 4G compatible phone to take advantage.

Read our What is 4G LTE guide for more information on the benefits of 4G.

iPhone 5 could support 4G in UK

However, rival telecom operators have reacted angrily to the news. They say that the decision gives Everything Everywhere an unfair advantage as they won’t be able to launch their own services until more spectrum is sold off. This auction has been beset by numerous delays and isn’t scheduled to take place till the end of the year.

4G is the natural successor to ‘3G’ mobile networks and offers performance similar to many home broadband connections. According to Everything Everywhere, 4G is five to seven times faster than the current 3G technology and by the end of the decade will enable people to download an album in 60 seconds or a movie in 10 minutes.

Earlier this year an Ofcom consultation revealed up to a million homes could have their Freeview TV reception interrupted by the launch of next-generation 4G mobile networks. But 4G broadcast on the 1,800 band won’t cause interference.