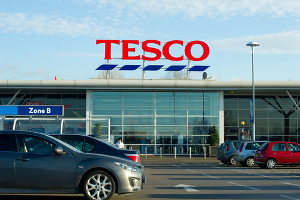 Which? and food campaigning groups welcomed an announcement by Tesco today agreeing to adopt the ‘traffic light’ labelling system on food packaging.

Tesco has pledged to scrap it’s old system of using pastel colours in favour of the red, amber and green traffic light scheme.

Executive director of Which?, Richard Lloyd, said: ‘Which? has long been campaigning for supermarkets and manufacturers to improve nutritional information on packaging, so this is a positive step from Tesco.’

This means that shoppers should be able to see at a glance whether the levels of salt, sugar, and fat in their food are high, medium or low. They will also be able to see what percentage of their GDA is in each pack.

The government has recently consulted on front of pack labelling and Which? wants it to issue a strong recommendation to all food retailers and manufacturers to include traffic lights on the front of food packaging.

Which? research shows that the traffic light labelling system is the best way to help consumers make informed choices about what they buy.

Richard Lloyd added: ‘With obesity levels on the increase it’s more important than ever that people know what’s in their food so they can make an informed choice. Which? wants all food retailers and manufacturers to include traffic lights on food packaging.’