Ever found yourself mystified by the hoards of different TV models on the market? You’re not alone. If those TV model names have all started blurring into one, here are our tips on working out what the heck those TV names mean. Find out how to crack the codes…

Have you ever found yourself mystified by the hoards of different TV models on the market, even from just one manufacturer? Perhaps you’ve done some reading, had TVs recommended by friends or family, and even read our online Best Buy TVs, and now have an idea of the price, size and brand of TV that you want to buy.

But when you start browsing in-store and online, you’re thrown by the different model names and even some casual pre-purchase browsing could turn into a full-on research project. You might end-up more undecided or confused than when you first started, and have to go lie down in a dark room before picking it up again.

If those TV model names have all started blurring into one, here are our tips on working out what the heck those TV names mean. We’ll take a closer look at decoding the names of the new Panasonic TV range which has started to appear in shops. We’ve also full model guides for all widely-available TV brands.

What we know about Panasonic TVs

All UK Panasonic TV names begin with ‘TX’ followed by the model name eg Panasonic Viera TX-L32ET5B, which we’ll use as the example here. (North American models use the prefix ‘TC’, so avoid these.)

What do the numbers mean?

The numbers denote two things: the screen size and the ‘series’ the model belongs to. There will normally be some letters too. These help describe some of the features the TV has and might indicate the year the TV went on sale.

Step one: LED, LCD or Plasma?

The single letter after ‘TX’ denotes the type of panel the TV uses.

Tip:
LG also uses this naming method as shown in our LG TV guide; for example, the 42PA4500 is a plasma TV. Not all TV brands use this naming convention – Samsung has subtle differences in the names for their LCD, LED and Plasma TVs, covered in our Samsung TV guide. But not every model with an ‘L’ in the name is an LED TV – the Panasonic TX-L32C5B is an LCD TV, for example. An LED TV is a TV which uses an LCD panel, but uses LEDs to help illuminate the screen and improve picture quality – it also helps to make them slim. This is worth noting if you’re thinking about buying a specific type of TV as both LCD TVs and LED TVs are widely available.

For advice on choosing which type of TV is best for you, read guide to TV screen technology.

The first numbers in a model name always denote the size of the TV screen and this is case across most brands including Panasonic, LG, Samsung, Sony, and Toshiba. 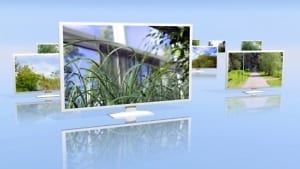 Different screen sizes from the same ranges tend to perform to a similar standard. If we haven’t tested the exact size you’re after, the score for that range should give you a good guide. See our Panasonic TV reviews to see how individual models performed in our lab tests.

If you haven’t decided on the screen size, check out our What size TV should I buy? guide.

Now you’ve decided on the screen size, does the TV have the features you want?

The next part of the model name is the series, and is made up of letters and numbers. Each series has its own set of features which differ from another. The number also indicates the year; the ‘ET5’ series is newer than the ‘E3’ series (2011).

For Panasonic TVs, if the series letter contains a ‘T’, this denotes 3D capability. Models within a series have the same features but just vary in size. 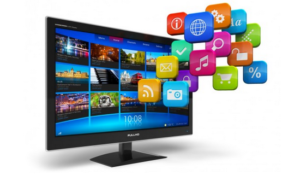 Most new TVs are HD ready (720p), a digital TV tuner to supply Freeview channels, and at least one HDMI connection. Many also have a USB port which lets you connect a USB memory drive to view photos on the big screen, and some (but not all) will also play music files or videos from a USB drive.