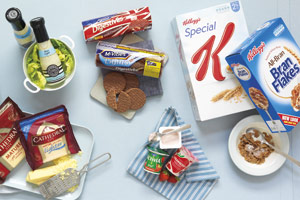 Consumers choose foods labelled as low fat and light without realising that many contain nearly the same amount of calories as standard versions.

A Which? survey of more than 1,000 people found that 60% eat ‘low fat’, ‘reduced’ and ‘light’ foods every day or a few times a week – mainly because they think they’re lower in calories and healthier.

However, Which? research shows that this is not always the case.

A standard McVitie’s chocolate digestive contains 85 calories; a light one has 77 – a difference of only eight calories.

The light biscuit contains 30% less fat, but it doesn’t contain 30% fewer calories, as you might expect. It also contains less chocolate and more sugar.

Kellogg’s Special K advertising implies it’s a cereal to eat if you’re trying to lose weight. But per 30g bowl, it contains more calories than Bran Flakes (207 vs 114).

Is light low in fat?

Foods labelled as reduced or light only have to contain 30% less fat or saturated fat than the standard version. Only 16% of people surveyed knew this.

Switching to a light cheese, which 45% said they eat, can save a lot of fat and saturated fat. But these products are still high in fat.

‘Claims such as ‘light’ often give a healthier impression than the reality. Foods may be low or reduced in fat, but still be high in calories or have high levels of sugar or salt.

‘We want to see all the major food manufacturers and supermarkets introduce the traffic-light labelling system to show clearly if a product is high (red), medium (amber) or low (green) in fat, salt, saturated fat and sugar.

‘Until this happens across the board, read nutritional labels carefully’.