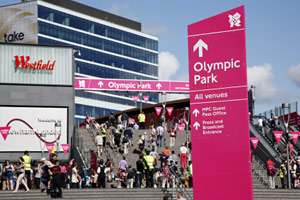 Prices to visit the Orbit tower at the Olympic Park could be reduced when the site is reopened to the public next year.

There are only a few days left to visit the park before it closes after the final day of the Paralympics on 9 September. But parts of it will start reopening from July 2013, when it will have been renamed the Queen Elizabeth Olympic Park.

The first parts to reopen on 27 July 2013 will be some areas of the quieter and greener northern half of the park, along with the Copper Box venue, which will be renamed the Multi-Use Arena and will host more than ten different sports and concerts for up to 6,000 spectators.

In the meantime, organisers hope to maintain interest in the park during the closure by running bus, boat and cycle tours of the site, which could start in December and may also involve a trip up the 114m high Orbit, the UK’s tallest sculpture.

Prices for the tours have yet to be set, but organisers hope to be able to offer access to the Orbit for less than the £15 charged during the Olympic and Paralympic games.

When the sporting venues reopen in 2013 and 2014, their prices will be tied to the average cost of the same sports facilities in the local area. For example, adult tickets to the Olympic swimming pool will be set at £4.35 for an adult. Prices for other events such as concerts will be set at market rates. The Park area itself will be free to enter.

The next areas of the site to reopen, by the end of 2013, will be the rest of the North Park, as well as the VeloPark, which will add a road bike circuit and mountain bike trails to the existing Velodrome and BMX track.

In Spring 2014, a remodelled plaza with new parks and gardens will open around the Stadium along with the Orbit and the Aquatics Centre. The stadium itself is due to reopen in summer 2014 and a full year of events will be held in the park in 2015.