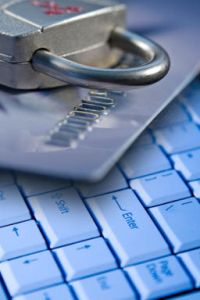 Basic fraud such as distraction theft has contributed to an increase in card fraud and online banking fraud losses, while phone banking losses have fallen by a fifth, according to new figures from the UK Cards Association.

Card and banking fraud only accounts for just over half a per cent of overall fraud losses, which cost the UK more than £73bn a year, according to estimates from the National Fraud Authority.

With technology such as chip and Pin helping to prevent fraud, criminals are turning to simpler ways of getting access to people’s cards and Pins. These include distracting people in shops or at cash machines and stealing their cards without them noticing.

Fraudsters are even turning up at customers’ houses and tricking them into handing over their card and Pin. This often follows a call from the fraudster claiming to be from the customer’s bank, in which they try and persuade the customer that their card needs replacing and that a courier will be sent to collect the existing one.

Action point: Your bank will never ring you to say that it needs to pick up your card, so never hand it to anyone who comes to collect it. If you fall victim to a fraudster, read our advice on what to do if you’re scammed.

£21.6m was lost as a result of online banking fraud between January and June 2012 – a 28% increase on the same period in 2011. This follows a sharp increase in the number of phishing websites set up to trick customers into disclosing their online banking details. Customers are also being tricked into giving away their login details over the phone to fraudsters posing as bank staff.

The growing number of criminals fraudulently accessing accounts online seems to have accounted for a drop in phone banking fraud losses, which fell by a fifth to £6.7m during the first half of this year.

Action point: Watch our video to find out how to spot phishing emails.