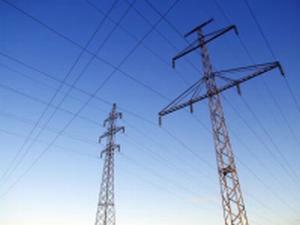 New Which? research reveals the hidden factors that can add hundreds of pounds to your gas and electricity bills.

Analysis of thousands of energy prices spanning the past eight years shows consumers’ energy bills could be £100 higher just because they live in Wales and not Yorkshire. They could be paying £100 more if they pay by cheque or cash rather than direct debit.

It also shows that energy companies are charging customers up to a third more per unit of gas or electricity if they are a low user rather compared to those who use high levels of energy.

1. Use less, pay more per unit of gas or electricity

You could be paying more than a third extra per unit of gas than someone who uses twice as much. This is because energy companies set up tariffs with either a daily standing charge, or with two tiers -where the first units you use are more expensive. So while the charges are the same, the standing charge or more expensive units make up more of the costs for low users.

For some energy companies the gap has widened over time, with those who use less getting a comparatively worse deal than they used to.

Npower had the biggest difference between high and low users for gas, Eon for electricity.

2. Cost of paying your gas and electricity bills by cheque soars

We’ve found that the cost of not paying your gas and electricity bills by direct debit has has risen at a far greater rate than inflation.

Scottish Power and Eon had the highest costs for not paying by direct debit in the first months of 2012 – more than £100.

3. Gas and electricity bills depend on where you live

Where you live can add over £100 to your energy bill. Yorkshire was the cheapest region overall, while the south-west and south Wales was the most expensive by an average of £40 in 2011.

But the difference to an individual consumer can be greater than this depending which supplier you’re with.

Which? members can read the full article ‘Energy bills deconstructed’ in the October issue of Which? or online. Not already a member? Take a £1 trial to Which? for instant access.