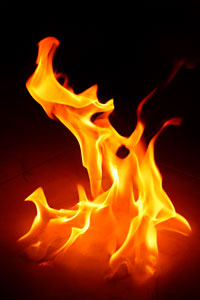 Which? offers advice on the safety features you can look out for when buying new appliances, as risks are highlighted during Electrical Fire Safety Week.

Which? members can read the Which? report about appliance fires online. If you’re not a Which? member you can sign up.

Safety features to look out for

As well as taking safety precautions with your appliances, there are a number of features you can look out for that will help prevent accidental fires:

If you’re not a Which? member, you can access our full reviews and find the best prices with a subscription to Which?.

As well as looking for safety features on new appliances, it’s important to take precautions and maintain current appliances. But only one in three people check their appliances once a year and 35% never check them at all, according to a survey commissioned by appliance manufacturer Beko and conducted by TNS Omnibus.

The Department for Communities and Local Government has teamed up with Beko to address this issue. As part of Electrical Fire Safety Week, they’re sending out advice packs to fire and rescue services and housing associations nationwide, with tips on how to prevent fire hazards by carrying out simple checks and maintenance tasks. These will then be distributed to local communities.

According to government figures, over the last two years (2010/11) almost 6,000 appliances or their electrical leads caught fire because of faults.

But these may just be the tip of the iceberg, as it’s estimated that 70-80% of home fires are dealt with by the homeowner and not reported to the fire brigade.

Currently there isn’t a statutory requirement for fire brigades to collect data about makes and models of specific appliances that have caused fires. So Which? has called for this information to be shared nationwide, helping to alert consumers and manufacturers to common issues more quickly.