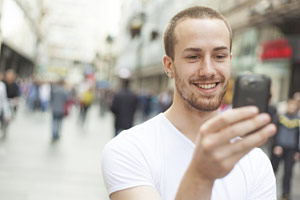 The UK 4G roll out is being brought forward  to Spring 2013 following a meeting of the mobile networks, Ofcom and culture secretary Maria Miller.

The meeting has set out plans to allow the networks to launch 4G services in May or June next year and O2 and Vodafone have pledged not to pursue legal action against EE which has already been given permission to launch a 4G service.

What is the 4G auction?

The 4G auction is when Ofcom will sell access to radio spectrum previously used by analogue television and air traffic control. This spectrum will then be used by the networks to provide the latest mobile phone technology, 4G.

4G allows users to access the internet up to five times faster than current 3G handsets. For more information read our guide to

How will the auction be sped up?

While the auction – scheduled for January 2013 – can only be brought forward a few weeks Ofcom has committed to speeding up clearing of the spectrum for use by its new owners. This means the operators will be free to launch their 4G services around May or June next year rather than at the end of 2013 as was expected.

Which? says, ‘Which? welcomes the progress made by Ofcom, the government and industry to bring forward the availability of 4G services across the UK to spring 2013, five months earlier than planned. 4G has the potential to improve the consumer experience for those with 4G enabled handsets. Accelerating the availability of 4G across all mobile providers should also reduce the potentially negative effects on competition from Ofcom’s earlier decision to grant Everything Everywhere a license to launch 4G services from September this year.’

Why has 4G taken so long?

4G has been available in other countries such as the US and Germany for years but has been repeatedly delayed as the networks and Ofcom disagreed on how the services should be made available. The roll out has also had to wait for spectrum is made available by the digital switchover.

When will I be able to use 4G?

Earlier this year EE – parent company of Orange and T-Mobile – was given the go ahead to use some of its existing spectrum for 4G services and it will be launching its 4G service on October 30.

If you are a customer of another network 4G services will likely begin to become available in May or June 2013.