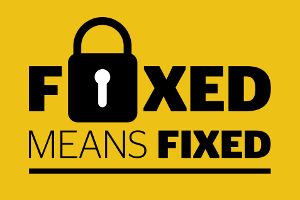 Today Ofcom, the communications regulator, announced plans to consult on how to protect consumers from surprise price hikes on fixed mobile, landline and broadband contracts.

In a win for Which?’s Fixed Means Fixed campaign and its 32,000 supporters, Ofcom’s consultation will consider whether hidden price variation terms, such as the ones we have identified in mobile phone contracts, are appropriate in fixed contracts. Which? executive director Richard Lloyd called Ofcom’s announcement ‘encouraging news’.

Mr Lloyd added: ‘We hope that Ofcom will now act swiftly to ensure that the mobile phone companies are made to drop hidden clauses in their contracts that allow them to hit consumers with millions of pounds worth of unexpected price increases.’

The consultation will also look at the transparency of such price rises and the information provided to consumers at the point of sale. During our undercover mobile phone shops investigation 82% of shop assistants said phone contracts were at a fixed price when asked.

Ofcom’s announcement follows its review of contract terms, which identified a number of issues with the current rules. During its review, Ofcom examined 1,644 consumer complaints made to the regulator, alongside the formal complaint Which? submitted in July.

Ofcom’s analysis found that many consumers felt they were not made aware of the potential for price rises in what they believe to be fixed contracts. Others felt communications providers should not be able to impose price increases during fixed-term contracts, and if they do, they should be able to exit without penalty.

Claudio Pollack, Ofcom’s consumer group director, said: ‘Ofcom understands the frustration that consumers feel when faced with price rises in what they assume to be a fixed contract with a fixed price.’

Having considered the large number of consumer complaints, we will soon consult on ways to address consumer concerns and ensure they are being treated fairly in this area.’

Ofcom plans to issue its consultation on ways to protect consumers from unexpected price rises within fixed contracts by the end of 2012. Our community site Which? Conversation received more than 2,000 comments on the issue of price rises, many of which were submitted to Ofcom for its consideration.