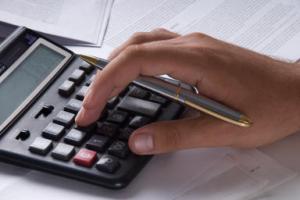 New Which? research has found despite an increase in spending power, UK consumers remain cautious in their spending and are cutting back on essentials.

Findings to be published in the second Which? Quarterly Consumer Report reveal that in September, 4.8 million households dipped into their savings to pay for essentials such as food and clothes.

The report also reveals that debt remains a concern for many, with 43% of people borrowing money or taking on additional debt – 800,000 households took out payday loans.

The new research shows the majority (two thirds) are concerned over the effects of the recession on their finances – with over 6.6 million households now curbing their spending on essentials.

This is despite incomes having outstripped inflation in five of the last six months, rising by 0.8% year-on-year. Although disposable incomes have risen, fuel, energy and food prices remain high on the list of consumer worries.

Which? is currently campaigning against against hidden charges, confusing tariffs and misleading deals in the energy market as part of our Affordable Energy Campaign.

Currently, about 3% of the population take out a payday loan per month. Payday lender Wonga.com reported last month that last year, it quadrupled the number loans it offered, and more than tripled its profits.

While payday loans may seem the most convenient option for short term borrowing, their high interest rates can quickly spiral the cost should the loan be extended. Before choosing a payday loan, Which? recommends first considering more competitive short term borrowing methods such as authorised bank overdrafts or credit unions.

Which? executive director Richard Lloyd said of the findings:

‘With household incomes already stretched to breaking point and rising fuel, energy and food prices adding to the strain, it’s no surprise that millions are having to cut back spending on essentials and alarming numbers of people are taking on extra debt just to make ends meet.

‘Consumer confidence is at rock bottom. The Government and businesses must give consumers confidence that everything possible is being done to keep prices in check and give people value for money if we are to see the consumer spending recovery that is so essential to the nation’s economic well-being.’

Populus, on behalf of Which?, interviewed 2,119 UK adults online in September. The second Which? Quarterly Consumer Report will be published on Tuesday 23 October.