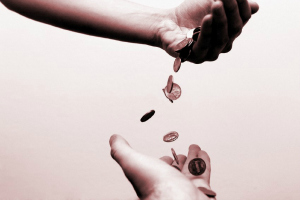 Banks have been in denial over Payment Protection Insurance (PPI) provisions, according to new Which? analysis.

Over £12.3bn has been set aside by the banks to compensate customers, making PPI the biggest mis-selling scandal of all time. And yet, PPI provisions could still run out in a matter of months.

PPI provision could run out in months

Lloyds Banking Group has today announced a further £1bn provision for repaying mis-sold PPI, taking the total amount set aside by the banks to a whopping £12.3bn.

However, if current pay-out rates continue, PPI provisions would run out in a matter of months.  Even with today’s increase, Lloyds’ provisions would only last until the end of March 2013. At the same time, senior Lloyds executives who presided over PPI are still due to get bonuses worth hundreds of thousands of pounds early next year.

Banks must come clean over PPI

Which? chief executive Peter Vicary-Smith said: ‘The banks have been in denial about the true scale of this scandal. Their piecemeal approach to topping up provisions is an inadequate response to what is now the biggest financial mis-selling scandal of all time.

‘The banks must now come clean about how many more complaints they’re expecting, publish monthly updates on the amounts that have been paid back, and claw back bonuses from executives who presided over £12.3bn mis-selling travesty.

‘Consumers are continually being let down by banks. We’re campaigning for big change so that banks work for customers, not bankers and to protect the public from further mis-selling scandals.’

When could PPI provisions run out?

The tables below show how much banks have already paid out to cover PPI complaints, as well as an estimate of how long current PPI provisions will last if payout rates continue at the same pace as they did between 1 January 2012 and 30 June 2012.