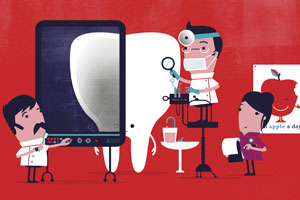 Which? has welcomed a new dental campaign launched today by the Office of Fair Trading (OFT).

The OFT ‘Right to Smile’ campaign gives guidance to patients to help them understand their rights when visiting the dentist.

Which? research over the years has seen patients experience problems with unclear information on treatment options as well as a lack of clarity on pricing.

In May 2012, Which? members told us they had received treatment without being told the price in advance, and a third said prices weren’t displayed as they should be.

Last year, we raised the issue of dentistry pricing with the Office of Fair Trading (OFT), which then launched its own market study into the issue.

The right to NHS treatment

The OFT study found that some patients were getting the wrong information about their entitlement to NHS treatment which meant paying higher prices for private treatment as a result.

The OFT’s new advice states that if you have an NHS dentist you’re entitled to all the treatment you need to get your mouth, teeth and gums healthy without having to pay privately for part of that treatment.

And if you need a particular type of treatment, you shouldn’t have to pay for it privately.

Any private options – such as specialist or cosmetic treatment – should be clearly explained so you can make a fully informed choice.

A Which? spokesperson says: ‘We support the ‘Right to Smile’ campaign to help consumers understand their rights when visiting the dentist.

It’s vital patients are given clear, timely and transparent information on the proposed treatment and the costs and how to complain if something goes wrong.’