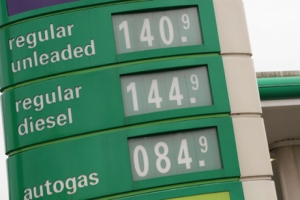 Which? is urging the Government to think again about its planned 3p per litre fuel duty rise in January amid fears it could be the last straw for struggling households and threaten the economic recovery.

The proposed fuel increase would hit struggling households at a time when they can least afford it.

Fuel prices are now the number one consumer worry, according to Which? research. Since July 2012, fears about rising fuel prices have risen to a record 85%.

Additionally, the number of people saying they would cut back on car running costs rose by 7 percentage points to 39% – the highest figure Which? has ever recorded. One in 10 people used their savings to pay for car costs in September.

Ahead of the House of Commons fuel debate on Monday, Which? executive director Richard Lloyd said: ‘Consumers can little afford another hit on their household budget. Like many business leaders, we’re calling on the Government to think again about their plans to increase fuel duty in January. The forthcoming Autumn statement must focus on measures that will help put money back in the pockets of consumers, because the economic recovery is at risk if we don’t increase in consumer confidence.’