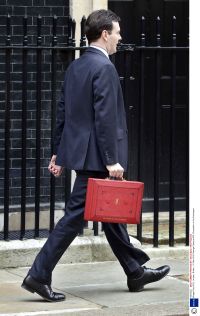 In his third Autumn Statement, the Chancellor of the Exchequer George Osborne has announced a raft of tax changes to try and help struggling consumers, and increased a number of tax thresholds to boost tax savings.

The Chancellor’s tax increases do not all match inflation, but see many rates that have been frozen over the past few years increase by 1%.

The Chancellor confirmed that this would apply for higher and additional rate taxpayers and further set out plans to increase the threshold after which higher rate tax is paid:

He also announced a consultation on allowing investment into small companies and Alternative Investment Market (Aim) shares, within the tax-free stocks and shares Isa.

Both capital gains tax and inheritance tax limits have been frozen for the past couple of years but this is all about to change. Mr Osborne announced a thawing of these two limits, with the capital gains tax limit increasing to £11,000 in 2014/15 and £11,100 the following year.

As announced back in October 2012, the Chancellor reaffirmed that he would be extending the freeze on council tax increases. The Government will set aside £450m to fund a grant for 2013/14 and 2014/15 to local authorities in England who freeze or reduce their council tax in 2013/14.

Britain is open for business

Mr Osborne declared his commitment to making Britain the most competitive place do business, and announced cuts to corporation tax, which will fall from 24% to 21% by April 2014.

The Chancellor stated that he wanted to make Britain the most attractive place to build a business in the developed economic world.