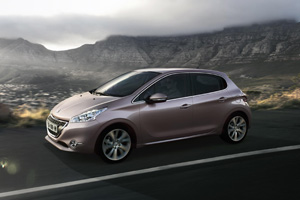 Fuel costs were the main concern for eight in 10 people, according to a recent Which? survey.

You may even choose your car based on its claimed fuel efficiency, although many buyers suspect they won’t achieve these figures.

That’s why we conduct our own rigorous test – to provide you with more achievable mpg figures.

Tested mpg – what we found

It’s ultra-efficient small cars that show the greatest difference between our own, more realistic mpg tests and the EU tests used by manufacturers.

In fact, all 10 of the cars with the biggest disparity we tested in 2012 are ‘eco’ models that claim to beat the 100g/km CO2 emissions mark.

This makes them appealing to value-conscious buyers, as they are eligible for free car tax.

Seven of these 10 cars claim to be able to achieve more than 70mpg – but our test reveals this isn’t always the case.

Sign up to Which? for just £1 to access our in-depth reviews – they all contain our tested mpg results

The worst offender is the Peugeot 208 1.4 e-HDi EGC automatic (above), which our test found to be an astonishing 21.7mpg short of Peugeot’s claim.

It’s still a highly efficient car, but the difference between official and tested fuel consumption could cost drivers an extra £327 a year, at today’s prices, over 12,000 miles.

The biggest cost difference revealed by our tests – for the Fiat Punto TwinAir – is £366 a year.

Despite their much higher fuel consumption, large cars and sports cars are far more likely to meet their mpg claims.

We’ll continue to monitor new car models as they’re launched and highlighting those with major differences between the claimed and tested mpg figures.

How our mpg test differs

The European (EU) test cycle is used by car manufacturers to provide mpg figures to consumers.

Like the Which? Car test, the EU test uses rolling roads. But we use the same rolling road in our lab for all cars to make sure results are directly comparable.

We also test any cars with adaptable settings (eco mode, sport mode, town mode) in the default mode the car starts up in without the driver making a selection.

Unlike the EU test: